The Kent Ridge Guild House is the largest of the three guild houses managed by the National University of Singapore Society (NUSS). It offers a plethora of facilities including a fitness centre, a swimming pool, squash and tennis courts, restaurants, bar, karaoke room, and billiard and function rooms. Situated within the NUS campus, it is a great place to unwind and meet up with fellow friends and graduates.

It has been over 10 years since the last AV upgrade at the Kent Ridge Guild House, and so whilst many restrictions were in place due to COVID-19, the Management Committee decided to make use of the window of opportunity to upgrade the AV system at the Della & Seng Gee Guild Hall, the main ballroom, to provide members and guests with a stylish and elegant ballroom for corporate and private events.

Sylvester Fok of Media Systems has worked with the Kent Ridge Guild House team for many years and so Media Systems was chosen as the trusted system integrator to design and implement the system. The team was looking for something future-proof, simple to operate, reliable and within the stipulated budget. For the video matrix and distribution system they turned to iMAGsystems to provide the AV over IP system for the venue. iMAG’s Thunder 1g AV over IP system was chosen as the right solution using 6 Wall plate encoders, 1 standard encoder and 5 decoders creating a 7×5 video matrix and complete flexibility for the in-house AV team.

Once the Media Systems team started to implement the system, they started to experiment with iMAG’s new CONTROL UI, which is a full touch screen control system built into the Director software in Thunder. Once they realised how simple and quick it was to programme, they decided to replace the inhouse control system with iMAGsystems and have a full system implementation.

iMAG’s CONTROL UI enables the operators to control lighting, audio, screens, and projectors all from the touch screens in the venue. One touch screen is positioned in the main ballroom, and a second in the control room. Any user can plug into one of the 6 HDMI inputs around the room, whether it is operating as one large room, or two separate function rooms when the centre partition is in place.

Gerry Raffaut, President of iMAGsystems, commented on the system, “It is great to work with Media Systems and NUSS on this project. Media Systems was one of the first system integrators to implement our new CONTROL UI software and it worked perfectly. Sylvester and his programmers provided great feedback and we added in a couple of features they required to make the installation run seamlessly. It was a great partnership. Big thanks to NUSS and Media Systems for putting their trust in iMAGsystems”

Sylvester Fok, MD of Media Systems commented, “We have been working closely with NUSS and the Kent Ridge Guild House team for many years, it was an honour to be asked to look after this project. iMAG’s Thunder system worked well, and the CONTROL UI touch screen software enabled us to meet the budget whilst ensuring no compromises were made on the client’s requirements. Big thanks to the iMAG team in Australia, and the Generation AV team here in Singapore.” 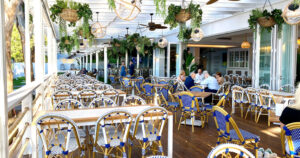 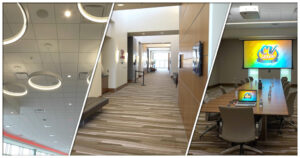