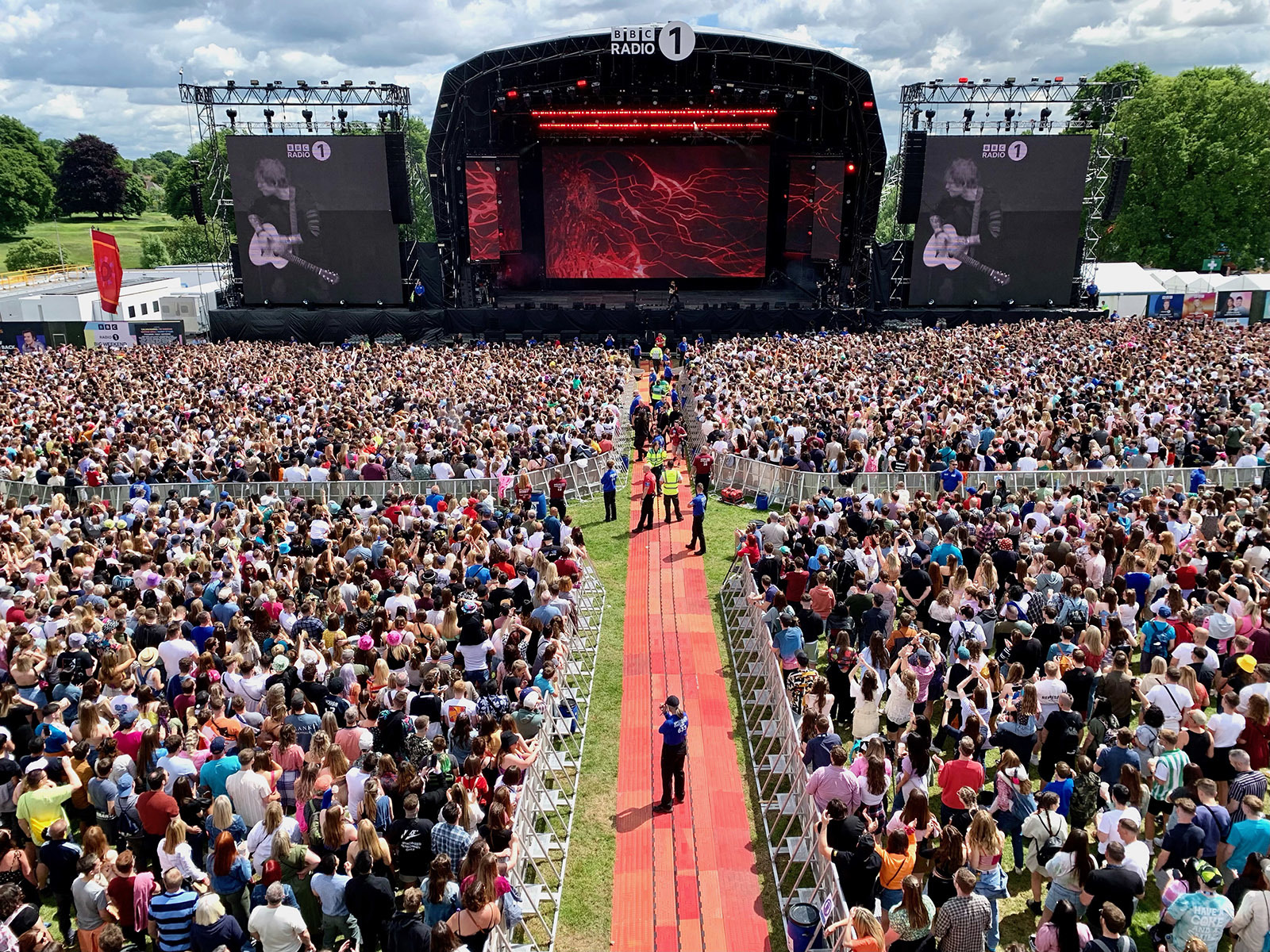 Martin Audio’s MLA system for the first time on the main stage of Radio 1’s Big Weekend that took place at Memorial Park, Coventry, with the popular music festival finally returning after the hiatus caused by Covid-19.

An audience of 40,000, and an array of premiere acts that included Harry Styles, George Ezra, Ed Sheeran and Calvin Harris, played across two nights in the city of Coventry’s beautiful, historic park. The show was new to RG Jones, who tendered successfully for the event. The production company were delighted to get the chance to flex their sonic muscles on such a high-profile project while re-connecting with long-standing clients Dick and Frankie Tee from EnTEEtainment, and reminding Festival Republic, who managed the event, what the company can do.

Being an urban site, noise management was of the highest priority, but Coventry’s status as 2022 City of Culture has also meant that throughout the year events of all shapes and sizes are taking place and the city council are keen to make the most of the opportunities that City of Culture affords. A generous offsite limit of 75dBA Leq15was relatively straightforward to achieve for MLA and its ability to control offsite noise, despite some strange acoustics surrounding the nearest houses.

Main PA hangs of 14 MLA elements were boosted by a central cardioid sub array of 22 MLX, asymmetrically steered to help with offsite C-weighted levels. In addition, MLA Mini and DD12 provided frontfills, MLA Mini and MLA Compact outfills, and there were two delay positions of 12 MLA Compact, and a single central position of eight MLA. Most impressive was the MLA Mini outfill—with a hang of 12 enclosures covering about 75m and easily keeping up with the stage right MLA.

The RG Jones crew featured a blend of seasoned A-team regulars and some newbies. “It’s so crucial to have the right team on these shows and bringing some new faces into the circle of trust is both exciting and invaluable,” believes Simon Honywill. At FOH were RG’s regular Damion Dyer, and the experienced Chris Pyne, running the twin DiGiCo SD12 A/B desk system.System tech was Matt Besford-Foster, who was fresh off MLA training and getting amongst his first MLA system, having spent many years travelling the world with Muse and Elbow.

His verdict on MLA could scarcely have been more positive. “I was very impressed with the tonal signature across the MLA range,” he said. “MLA Mini seemed to defy physics with their ability to sit alongside MLA as a side hang and hold their own.”

On stage were Mark Isbister, in his regular role as patch master and interface with the BBC, assisted by Chris Lambert and RG’s own Rosie Tarrant.Looking after monitors were Martin Dineley and Sam Manigley.

Simon Honywill was responsible for system design and used Martin Audio’s new 3D prediction software – DISPLAY 3 — to generate a series of plots for environmental sound consultants, Vanguardia. “For me it was interesting to actually deploy a system that was mapped in DISPLAY 3 for the first time. I worked hard to design a system that would deliver the best possible experience for the audience of course, but also looked into restricting coverage on the house right side of the arena, where there was a large bar and toilets, and beyond the perimeter fence was the closest noise monitoring point.

“I had some reservations about using 12 MLA Compact on the outfill that covered that area, but in fact it was the right choice as the crowds thinned out significantly there and we were able to control coverage very effectively and run the headliners at a comfortable 98dBA.”

Frankie Tee was also fulsome in her praise for the sound coverage. “It was a real pleasure to be back working with RG Jones again after so many years. We knew they would deliver a great service to the Radio 1 event, and we only had positive feedback from the clients, broadcast and artists, proving we were in safe hands.

“The site faced some challenges with nearby properties, but Simon and the team were able to very accurately not only predict offsite noise levels, but stick to them too. I very much look forward to hopefully many more events together!” 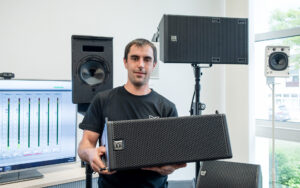 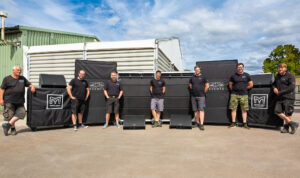