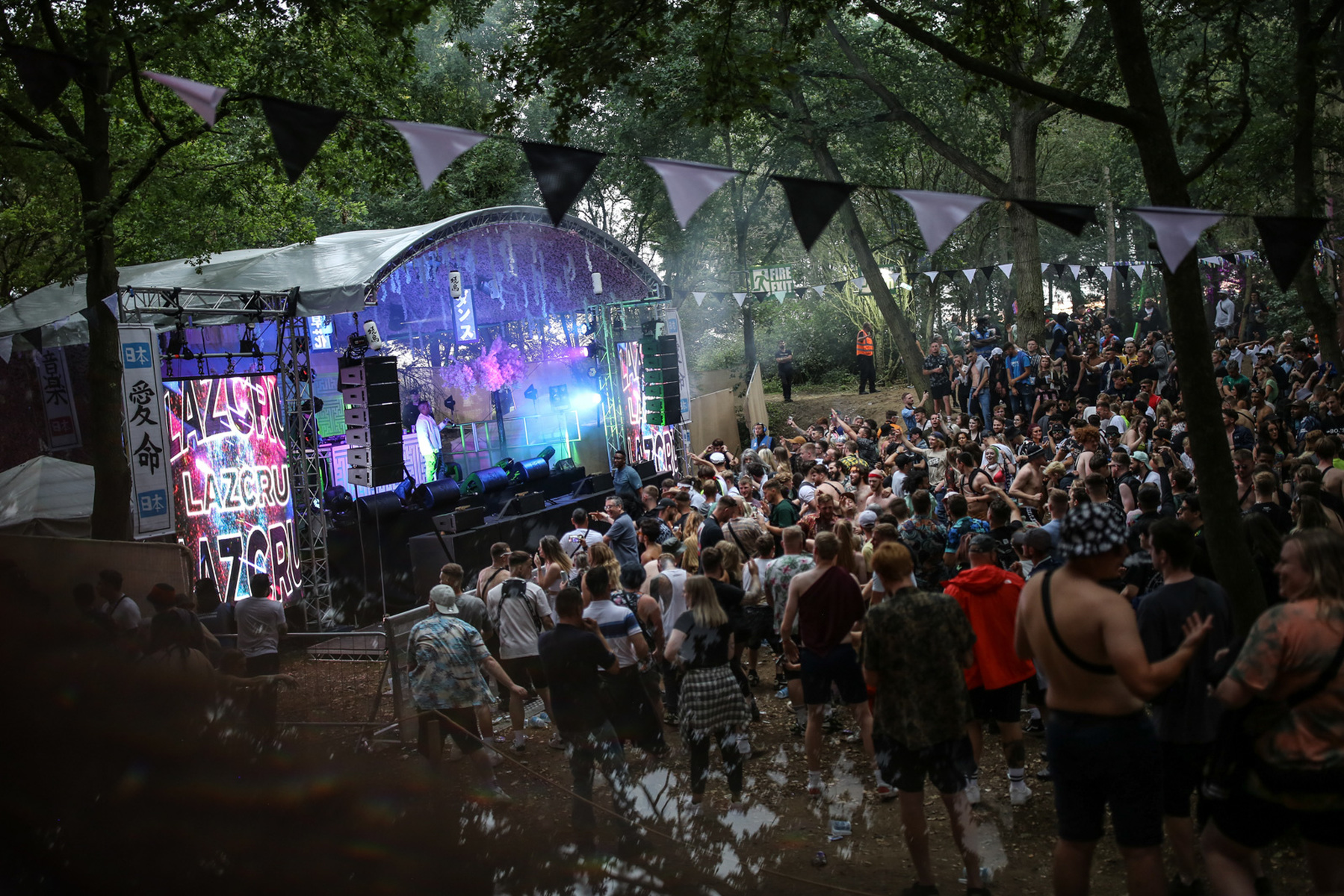 A new dance festival called Electric Woodlands took place recently in the idyllic grounds of Bygrave Farm in Baldock. Three bespoke stages, set in lush green landscapes, and a hidden forest provided the backdrop to a who’s who of drum & bass, house and bass exponents over an 11-hour period.

The service providers had been introduced to the event by Alex Anderson, a production manager with whom they had worked previously. Capital senior project manager, Martin Connolly takes up the story. “We were then contacted and initially asked to quote on the main stage before extending this to the other two stages.”

The crew worked alongside the event’s main production manager, Catherine Bates, observing sound thresholds set by F1 Acoustics. “It was a remote site so there were no real sound restrictions,” Connolly observed.

Capital Sound responded by flying 14 MLA Compact Loudspeaker Arrays, left and right, with 12 MLX subwoofers in a broadside array and six Martin Audio XD12 for front fill. “We chose MLA Compact because we were weight restricted to 850 kilos per side,” noted Capital’s project manager. MLA and system tech on this stage was Dan Leaver, with Lee Furnell as the crew chief.

For this stage Capital Sound elected to fly eight WPS per side—run off iKON iK42 amplifiers in 1-box resolution—again with restricted weight capacities in mind. “It was the best weapon in the Martin Audio armoury that was also sufficiently light to give us the required number of speakers per side,” he said. Subwoofers comprised 12 SX218 (2 x 18”) and four XD12 provided front fill.

Sam Cunningham was the FOH tech at the Clearing Stage and system tech was Alistair Helliard.

In view of the success of the inaugural Electric Woodlands, the festival is now being pitched as an annual event.