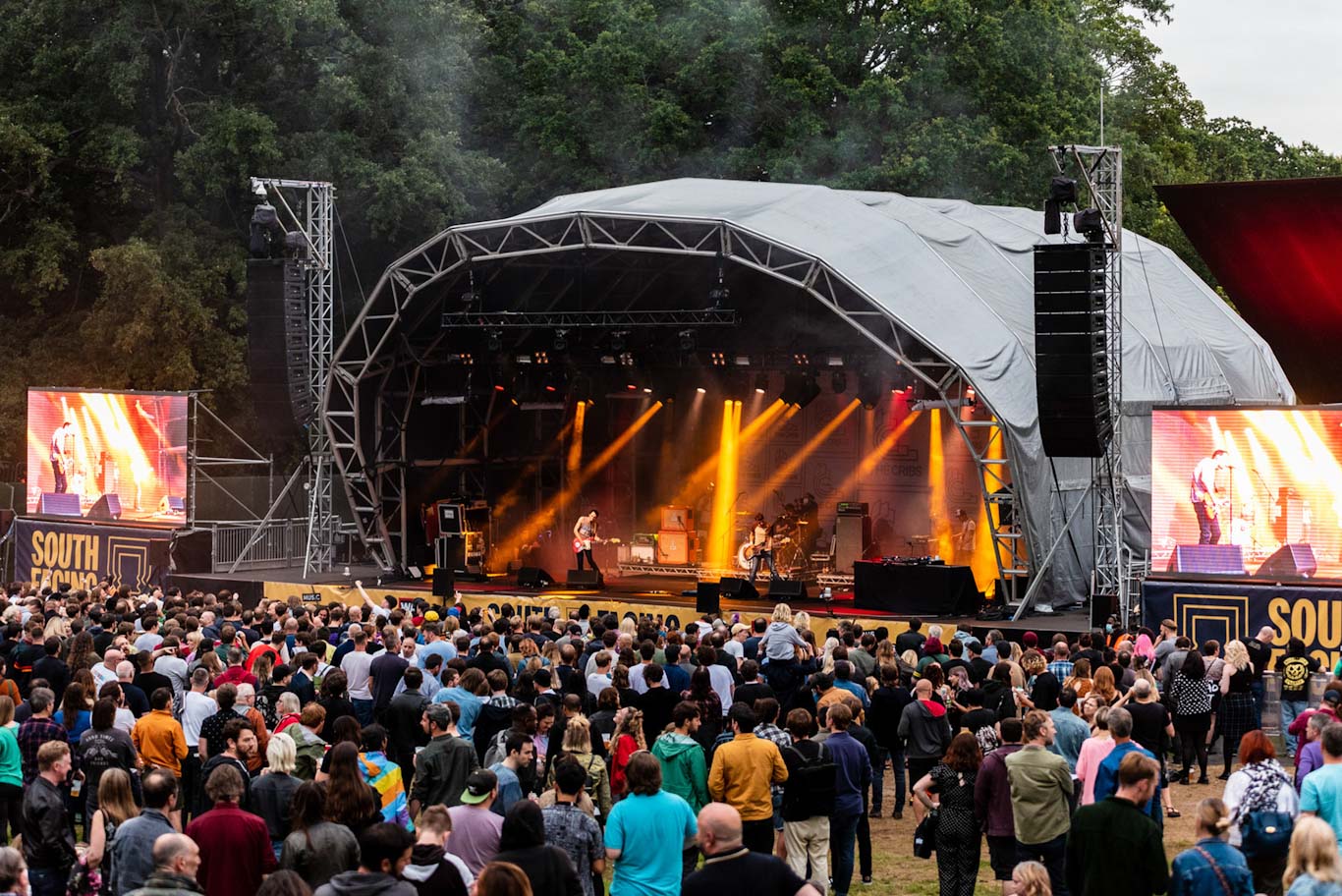 With the new month-long South Facing Festival, music has returned to the Crystal Palace Bowl, scene of legendary rock shows in the 1970s. The site’s revival has been led by The Crystal Palace Trust after securing substantial funding.

The stage this time may have been built on a floating pontoon—in front of the original stage— and the venue capped at 5,000, but in the hands of Festival Director Marcus Weedon, and with the equally experienced Loudsound providing site and production logistics, the event was in safe hands.

Leading sound production company, Capital Sound, extended this duty of care by deploying Martin Audio’s award-winning MLA technology, which ensured that sound would be contained within the bowl, avoiding any bleed to the nearby residential area.

Over the month, acts as diverse as The Streets, Supergrass, Corinne Bailey Rae, Dizzee Rascal and English National Opera graced the stage, as Capital project manager, David Preston and his team, set about overcoming the challenge of installing and optimising the PA.

“It is hoped that this will become a regular fixture on the festival landscape, which is why we chose MLA, for the close control we could achieve on this site,” remarked Preston, whose team worked alongside production manager, Julia Bruns.

But installation was far from straightforward. With the height of the top of the bowl only two metres below the trim height they were able to achieve, Capital needed to fly the array almost flat in order to ensure sufficient coverage at the back. “This meant striking a fine balance between achieving even coverage in the audience area without overshooting and creating offsite noise issues,” noted system tech, Richard Wonnacott.

“With the MLA’s Hard Avoid feature in DISPLAY, we were able to carefully map the bowl and also apply this function to the areas outside the main bowl, giving us the potential to achieve maximum possible SPL in the audience areas whilst keeping the local residents happy.”

Given the constraints of building on a floating platform, they also needed to arrange the sub placement that would not compromise the sound, as David Preston explained. “Since we had artists like Dizzee Rascal and The Streets performing, we needed a lot of low end.

“Ordinarily the subwoofers would have been arrayed across the front. However, because it’s a floating pontoon we were unable to do this, and instead went for a Left / Right end fire design, with two stacks of three MLX on each side. This worked well. By controlling the low end we could make it boom while satisfying [sound control consultants] Vanguardia and the local council, and staying within the conditions of the licence.”

Richard Wonnacott explained how sub control over the sensitive Stage Right area had been achieved. “Our biggest challenge was in satisfying the C-weighted threshold at Vanguardia’s remote listening point. As it was the very low end that was causing us most issues, we applied a small amount of delay time to one side of our sub configuration in order to steer the lobe away from the sensitive points and slightly more towards Stage Left. We were very pleased how effective this proved to be and gave us another 6dB of headroom at the mix position.”

Running at levels of 96dB(A) over 15 minutes in the bowl they met the requirements of the artists’ sound engineers while satisfying the offsite measurements of Vanguardia.

It all added up to a perfect solution all round, as David Preston noted with obvious satisfaction. “I was particularly surprised and happy at just how good the coverage was, and that we achieved sufficient height with the PA to project to the back of the audience area,” he said, allaying any fears that the sound might not carry. “I’m also pleased that we managed to avoid spill towards the residential houses.”

An additional bonus was the support of Martin Audio’s Ben Tucker. “We appreciated that as we had not had MLA out on a field for two years because of lockdown.”

The gig certainly received the thumbs-up from Supergrass lead singer Gaz Coombes, tweeting afterwards that it had been his “fave gig in ages”.