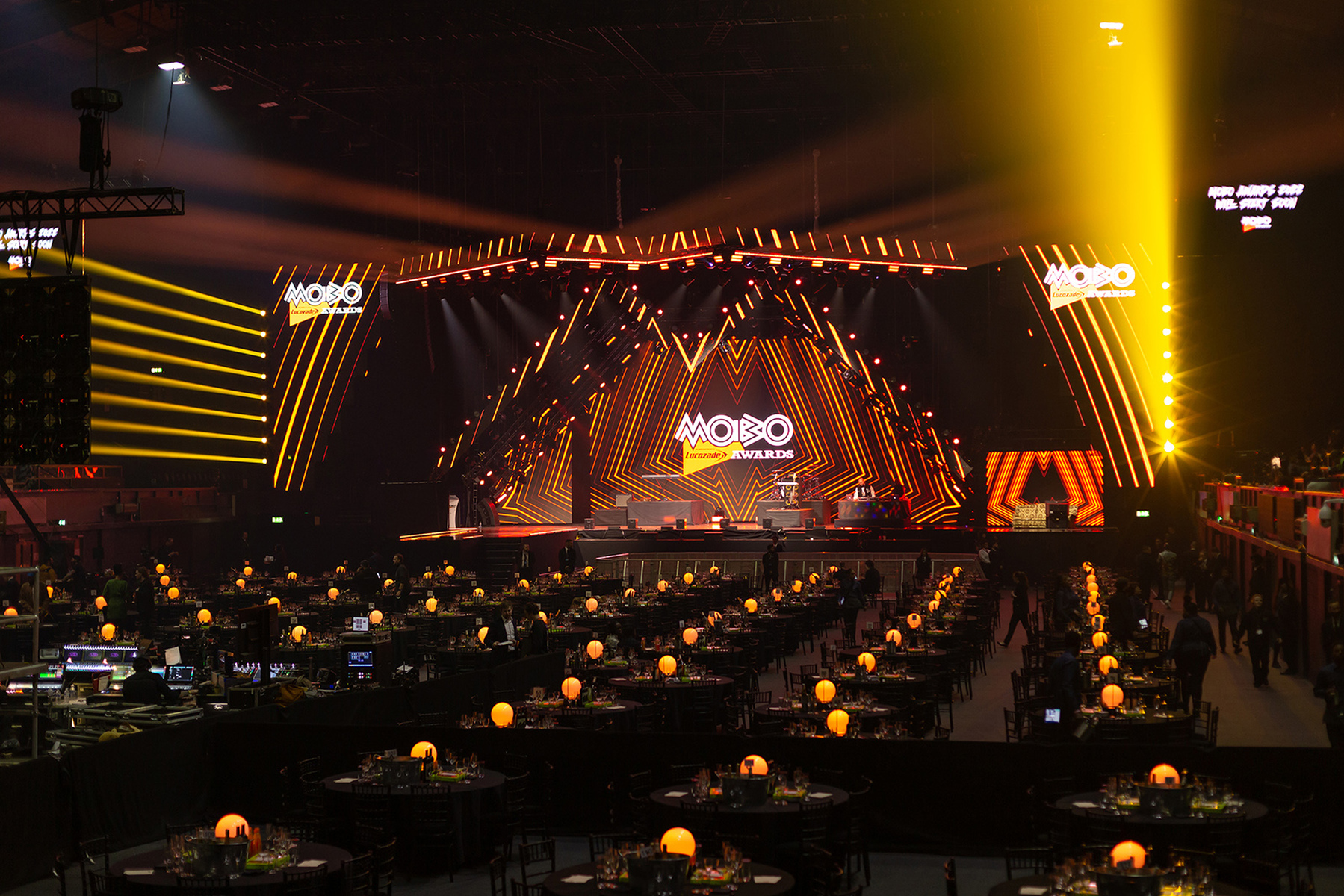 The 25th MOBO Awards was not only a milestone event for the Organisation, but also for SWG Events, who won the contract to provide sound reinforcement for the first time.

It was the production company’s first ever event at the OVO Arena Wembleyand gave them the opportunity to field the new flagship Martin Audio Wavefront Precision WPL line array.

“This was a big win for us and a major milestone in the company’s history,” said SWG Head of Audio, Simon Purse. “It was to break into new markets like this that we purchased WPL. The new system coupled with our technical expertise is really driving SWG events into new territory.”

It was thanks to a long-standing relationship with MOBO’s production director, Marvellous Inc’s Rob Smalldon, that enabled them to step up, and Purse managed to assemble a crack team despite being on duty providing sound at a remote holiday village. This included Martin Audio ambassador Simon Honywill, who supervised at FOH and mixed acts who were unaccompanied by their own personal mix engineer.

Once Simon Purse had conducted a site meeting at the 12,500-cap OVO Arena, and received CAD diagrams of the venue, he was able to plot the rig without the need for additional measurements. The SWG man was also able to create the amp files offline, building all the DSP and IP addresses so that they could quickly and easily be transferred on site. “This meant we were up and running very quickly.”

Of course multi-act shows where television requirements take precedence rarely make things easy for the PA company, and this was no exception. Sightlines had to be cleared, loudspeakers discreet and positioned to avoid interference with camera tracking. 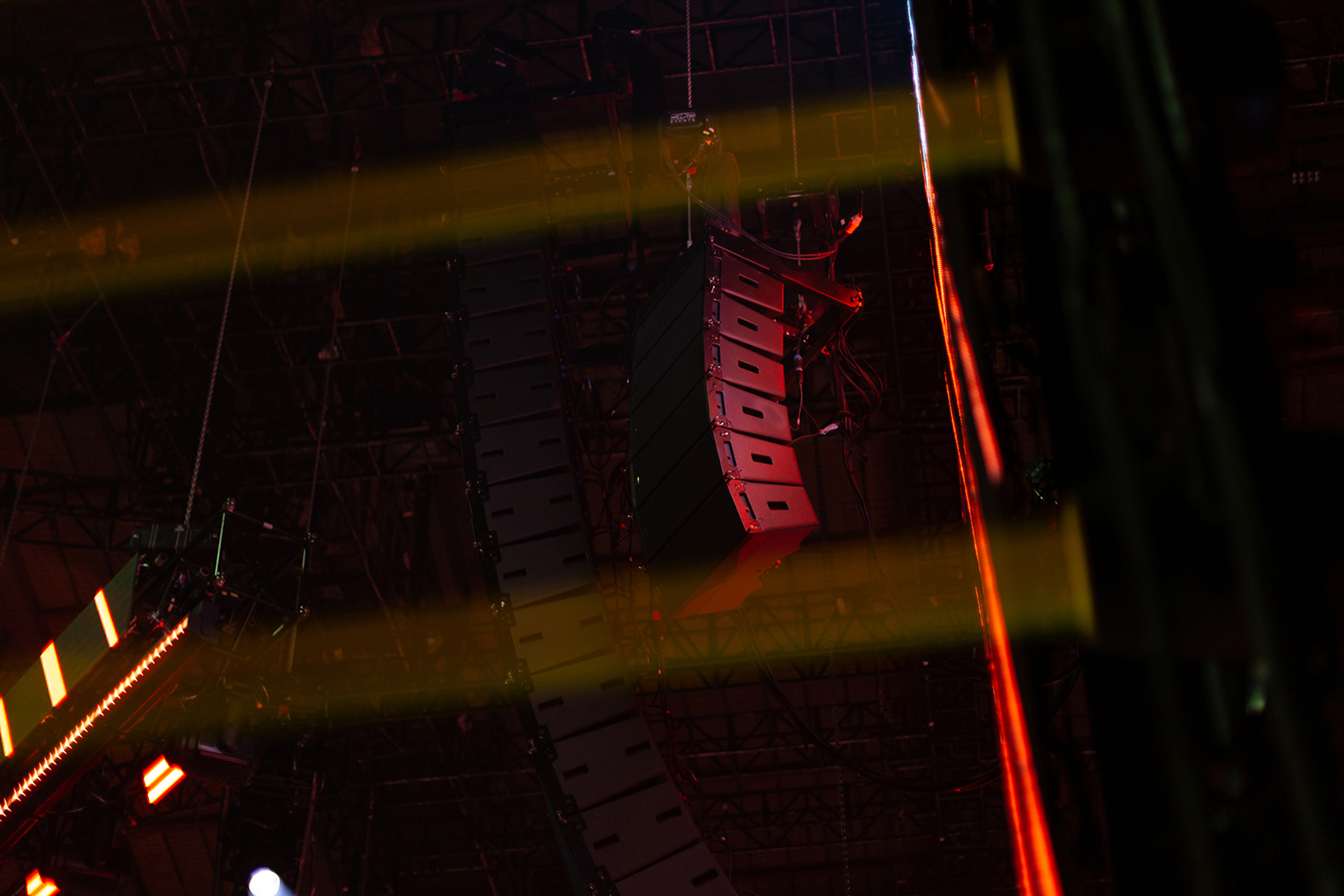 The two hangs of 16 WPL elements per side were run in 2-box resolution from Martin Audio’s 4-channel process control iK42s “which more than covered the arena,” according to Purse. Two further hangs of six WPS provided outfill coverage, again run from iK42s. Four W8LM were provided as front fills but placed on a specially built trough to bring them up to stage level to comply with camera requirements.

Subwoofers comprised 18 SXH218, set in three columns of six, in end fire configuration. Recessed under the stage, they provided “really good coverage and high impact and fit within the footprint,” continued Purse. This approach was necessitated not only by camera tracking requirements but also an inordinately large monitor world, given the number of acts. The set also incorporated a stage thrust and a large thoroughfare on both stage wings … stage right for celebrities and presenters, stage left for artists.

To keep the energy revolving on stage, particularly for the dancers, SWG placed three of the new Martin Audio TORUS 15° T1215 constant curvature arrays on either side of the stage. The auditorium sound, meanwhile, was optimised in Martin Audio’s proprietary DISPLAY software, ‘hard avoiding’ the back wall.

In addition to the live feed SWG provided splits to the main broadcast truck.

This year’s ceremony was hosted by Chunkz and Yung Filly, and performing live were Kojey Radical, Cat Burns, Flo, Fireboy DML and many more.

Simon Purse had strong praise for his team. In addition to their own highly professional crew of Joe Bailey, Fraser Wilks, Dan Jenkins and Mark Bott, also assisting on RF coordination and management, playback, OB truck liaison, comms and patch were Ian Williams and Will Fisher.

But he was relieved, in particular, to have been able to draw on the vast experience of Simon Honywill at FOH as well as Mark Sunderland, who looked after everything in monitor world. “The whole team really nailed it,” concluded Purse, reflecting on a truly satisfying event.

Rob Smalldon agreed. “For a show of this complexity I needed someone I could trust to understand the show, find a solution to various elements and deliver it seamlessly. Their choice of equipment was second to none, and the show went really well.”