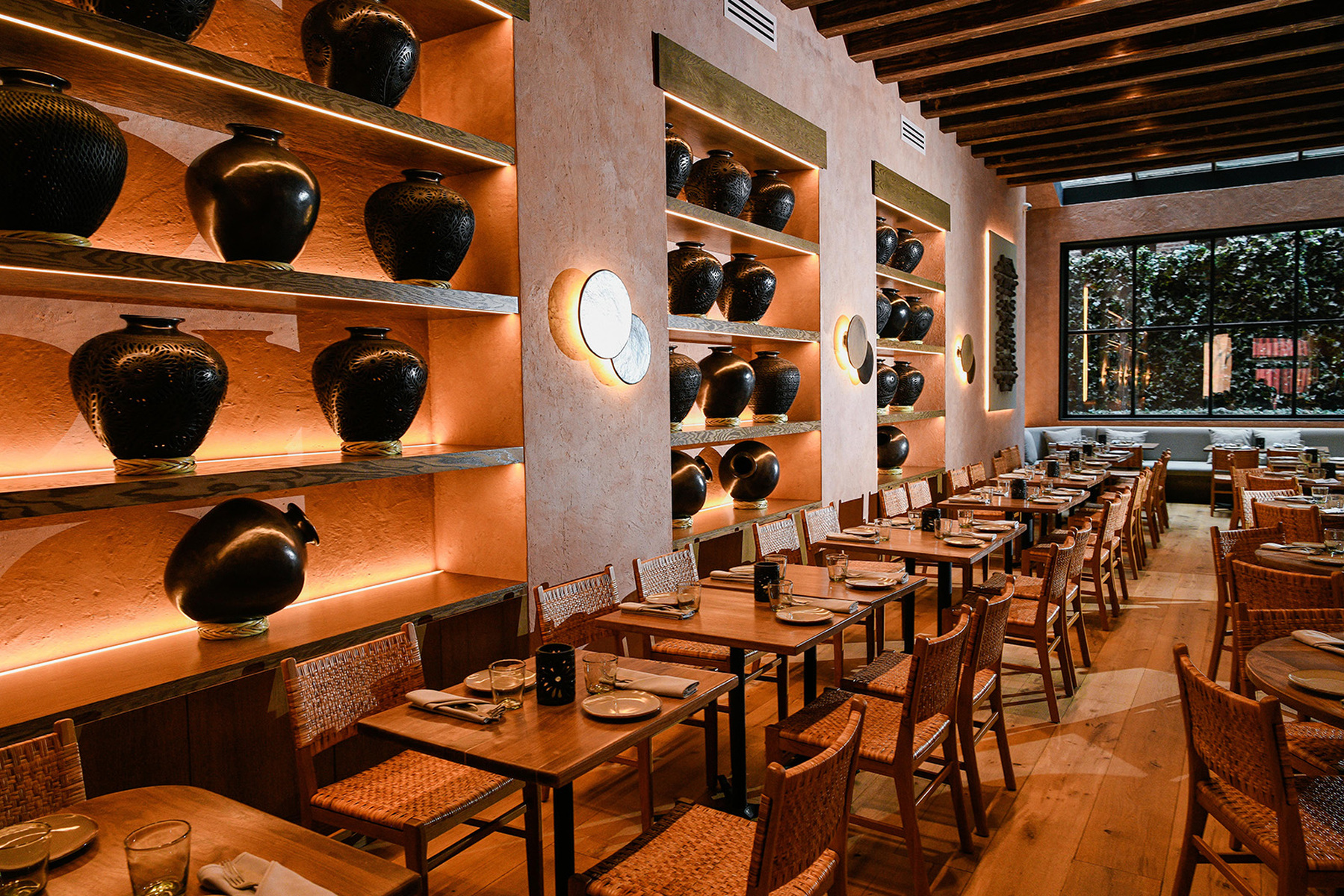 This time the action moved to the trendy TriBeCa district of Lower Manhattan, and a new boutique Mexican restaurant called Casa Carmen, which has been equipped with 10 ultra-compact CDD6 enclosures and four cleverly concealed SX110 subwoofers.

“My experience with CDD speakers has been nothing but amazing every time,” exclaimed Mayes-Wright. “I’ve been able to compare them in situ with other similar speakers and the clarity and accuracy of imaging and voicing is noticeably miles better.

“Some folks think this is irrelevant in an installation environment where there are so many factors affecting acoustic performance—asymmetrical rooms, a mixture of often highly reflective materials such as tiles and glass. But I believe that in these circumstances it’s even more important to have a perfectly tight and controlled sound coming from your loudspeakers, to avoid what I call the ‘shopping mall effect’, which you find in lots of spaces where the sound comes from above.

MY EXPERIENCE WITH CDD SPEAKERS HAS BEEN NOTHING BUT AMAZING EVERY TIME.

“What tends to happen is that the sound energy just floats around untamed in a vast layer above the heads of the customer, and sounds like never ending clatter. The clarity of CDDs is one giant leap towards avoiding that scenario.”

The restaurant itself represents the first US opening by a family of restaurateurs from Mexico City. The name ‘Carmen’ is a homage to the family matriarch and celebrated Mexican cook, Carmen ‘Titita’ Ramirez Degollado, and it is being run by her grandsons, Santiago and Sebastian Ramirez Degollado. Following the pandemic, TriBeCa is currently going through a resurgence.

The sound system is very efficient, but still very powerful. “ I’m a big fan of running a powerful system at below 35% of its potential,” continues Mayes-Wright. “This keeps distortion to an absolute minimum and also extends the life of the equipment.”

The brief had been clear—the system needed to sound good and fill the room, but at the same time allow regular conversation to take place. “The room acoustics help with this,” notes the installer. “There’s a layer of absorption on the ceiling and the natural wood and stucco surfaces help with diffusion of high frequencies.

“They also wanted to hide the speakers wherever possible; I always like this approach, so we were on the same wavelength from the start.” Sound feed is playback from a multi-zone Sonos system.

As to speaker concealment this not only benefitted the design aesthetic but was in keeping with the installer’s general ethos. I’m all about hiding speakers. They are designed to be heard, so why slap them on the wall where they mess with a designer’s lines, if you can move them somewhere out of sight and still achieve the same effect?” he rationalises.

This in particular applied to the SX110s which are enclosed in the cabinetry by the bar and inside the walls in the dining area—in all cases, isolated with ¾” rubber sheeting to prevent acoustic transmission. “We worked with the designer to choose appropriate vents and trim pieces, and this proved extremely successful,” stated the Bond director.

Correct speaker mounting of the full-range CDDs—in this instance on the ceiling, 16ft off the floor, using custom Unistrut frames—was also critical to achieving even dispersion. Clever preparation enabled them to be positioned perfectly between the beams.

“With speakers so high, pointing downwards, you often lose clarity and run into standing waves between the floor and ceiling. The CDDs’ tight phase response between drivers—they’re phase aligned due to the driver design—helped enormously with this.”

Despite the presence of a third-party processor, the CDDs were able to be run pretty much straight out of the box. “I didn’t do much more than enter the manufacturer-recommended EQ settings for the CDD6s, cross over the subs and do some overall tweaks after a walk-through the space with diners present.”

And Christopher Mayes-Wright’s final verdict? “The clients are super happy,” he confirms. “I went to dinner with friends at Casa Carmen shortly after it opened and experienced the sound on a busy night. The fact that everyone said how clear and controlled the sound was really made my day!”