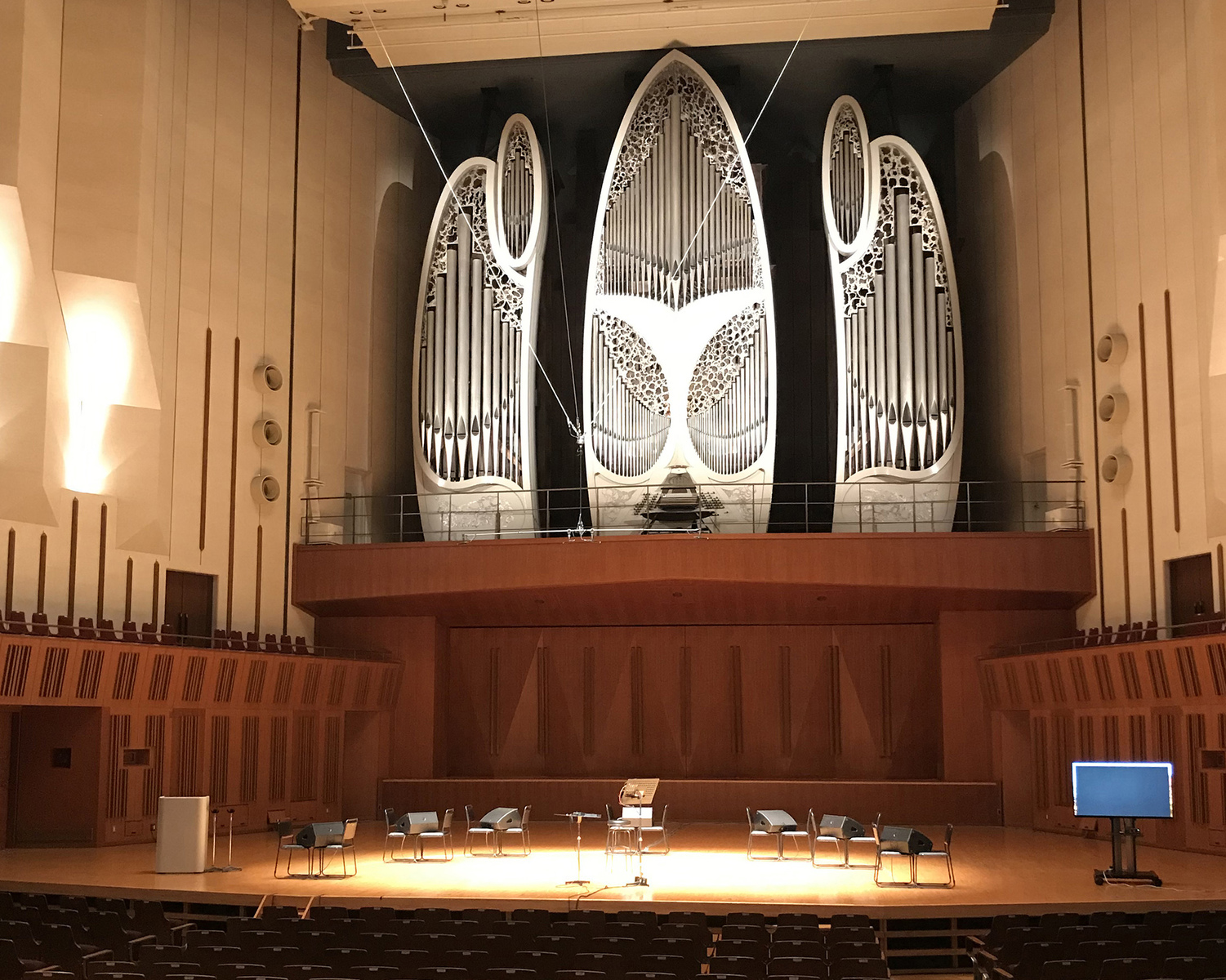 A classic concert took place recently at the Tokyo Metropolitan Theatre Concert Hall, featuring Nobuaki Fukukawa. One of the world’s most active horn players, he is also principal player in the NHK Symphony Orchestra and a major name in the orchestral world.

At this recent recital Mr. Fukukawa had the clear desire to emulate his recordings from King Records, and play the songs on it in the form of an eight-horn ensemble, by overdubbing himself.

Mr. Fukukawa and King Records consulted with Koichi Ishimaru, sound master at Tokyo Metropolitan Theatre, and he suggested “treating the loudspeakers as musical instruments.” His idea was that Mr. Fukukawa should perform live on stage to create the one part while the seven remaining parts should be played back one by one through the surround speakers, with the recorded source created in Pro Tools.

However, this was no easy task. The system had to be able to reproduce the accurate horn tone and unique localisation with natural sound. To solve this challenge, Mr. Ishimaru selected Martin Audio LE100.

He explains, “I was particular about coaxial speakers because they can accurately express the sound source of musical instruments. I was convinced it was going to be successful.”

Mr. Fukukawa stood in the centre of the stage surrounded by seven chairs, each of which supported an LE100, arranged facing in different directions.

“The bell of the horn is usually facing backwards when being played and so instead of pointing the speaker directly to the audience seats, I tried a similar approach. This allowed us to reproduce the unique soft sound.”

The idea of matching the start of the performance and the recorded sound was also unique. Using a video device called a conductor monitor, which has extremely low latency, Mr. Fukukawa played according to his own conducting video, recorded in advance. Since the original album was made in the same way, it was a straightforward process to do this for the live performance.

Tokyo Metropolitan Theatre Concert Hall is famous for its beautiful acoustics and the two octet performances of Star Wars and Death in Venice Mahler Symphony No. 5 ~ Adder Jet were performed to a delighted audience, enthralled by an innovative approach to immersive sound.